The dredging contractor Dutch Dredging welcomed two new vessels to its fleet last week during the naming ceremonies for the Papillon and the Fregate. Both vessels will go to work in the ports of Cayenne and Kourou in French Guiana.

The newcomers were delivered to Boer Remorquage SARL, a joint venture involving Dutch Dredging and Iskes Towage & Salvage. The investment is a response to the twelve-year contract that the consortium signed in 2016 with the Grand Port Maritime de Guyane. In addition to maintenance dredging work, both vessels will be used to assist shipping and as standby and fire-fighting vessels in emergencies.

The Fregate is the more unusual of the two. The 29.2-metre-long vessel is not only a dredger (with the AIRSET water and air pressure method) and tug at the same time, it has also been fitted out with a hybrid drive, allowing it to sail on electricity. The Fregate is a Damen WID-Tug-2915-HYBRID built by the Polish yard SAFE in Gdansk.

The Papillon is the smaller of the two. The tug is 22.7 metres long (212 gross tonnage) and it was completed earlier this year by Damen Shipyards Hardinxveld in line with French regulations. The ASD Tug 2310 SD (shallow draught: 3.1 metres) will mainly be used for assistance in Kourou.

The naming ceremony in Cayenne was performed by two genuine beauty queens, namely Sarah Ringuet, or Miss Kourou, who named the Papillon, and Ruth Briquet, Miss Guyane, who named the Fregate.

Hugo van de Graaf, co-director of Dutch Dredging: ‘These two vessels are the result of exceptional teamwork. Our client had very specific requirements for the vessels, such as the combination of very limited draught and length with adequate bollard pull. Thanks to the professionalism of both our companies, all those things were achieved during the design process.’

Photo's of the naming ceremony in Cayenne 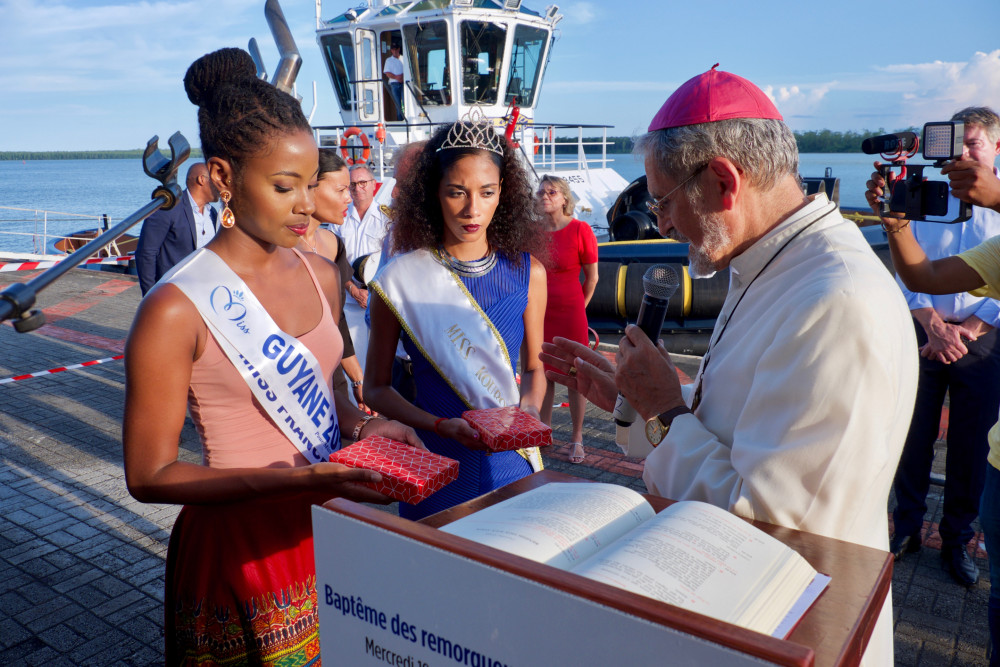 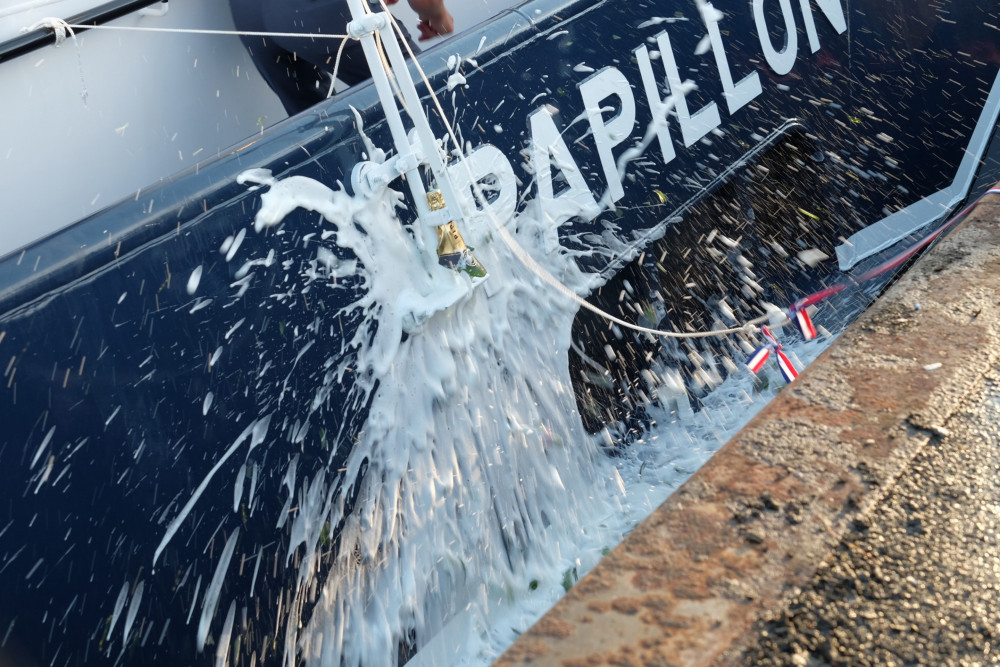 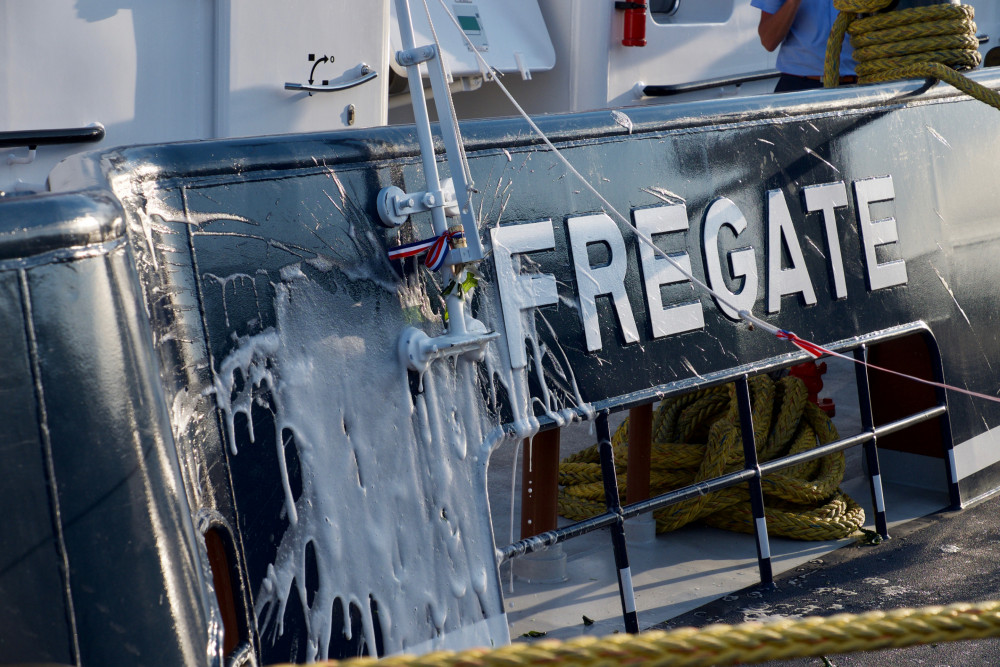 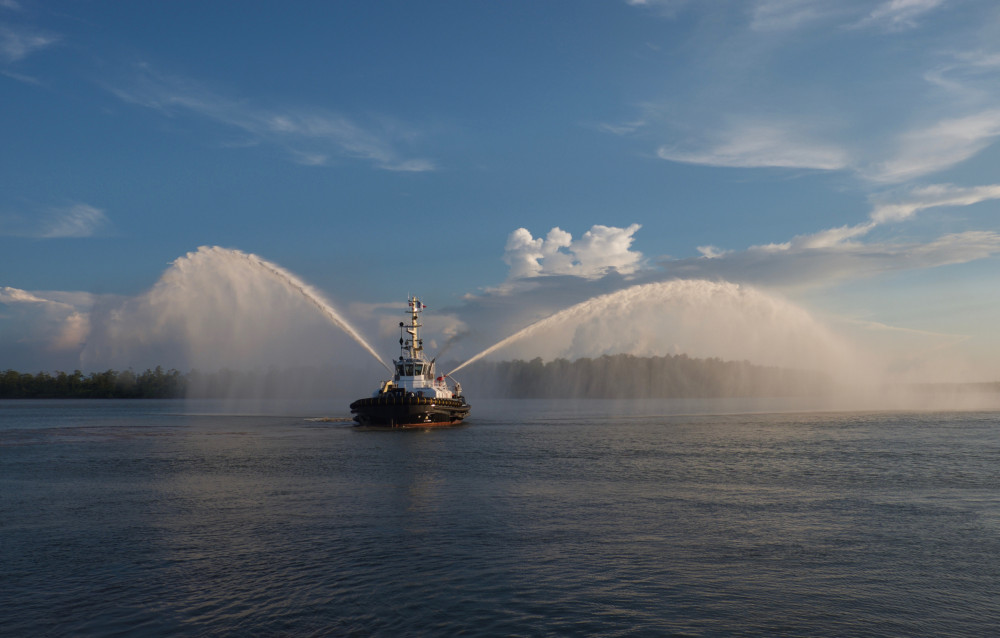 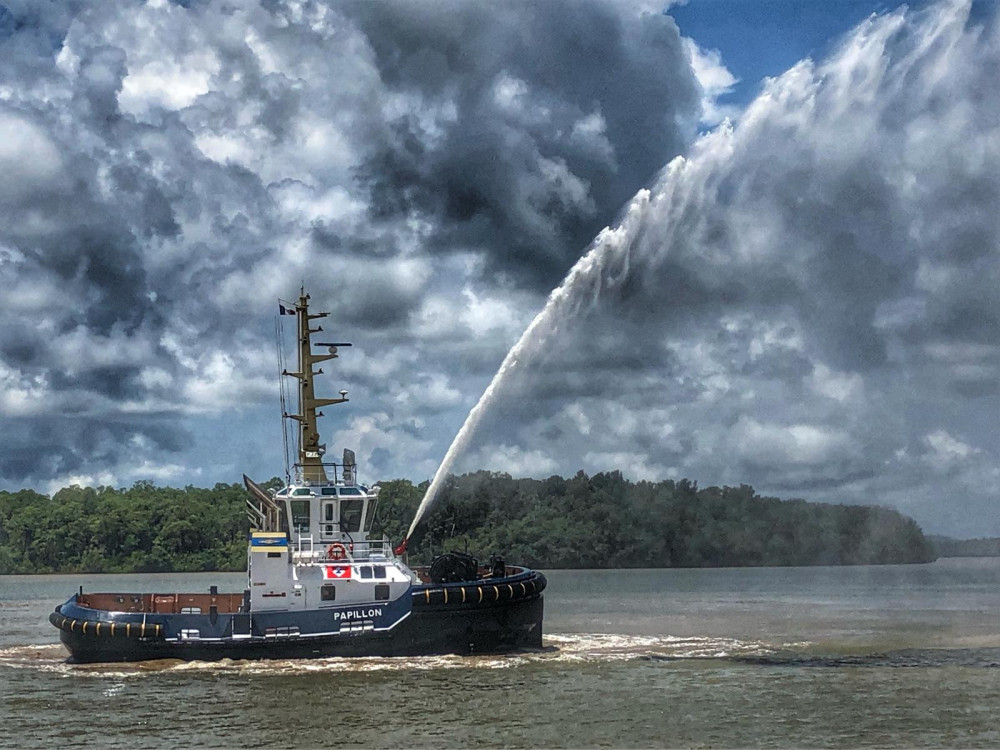 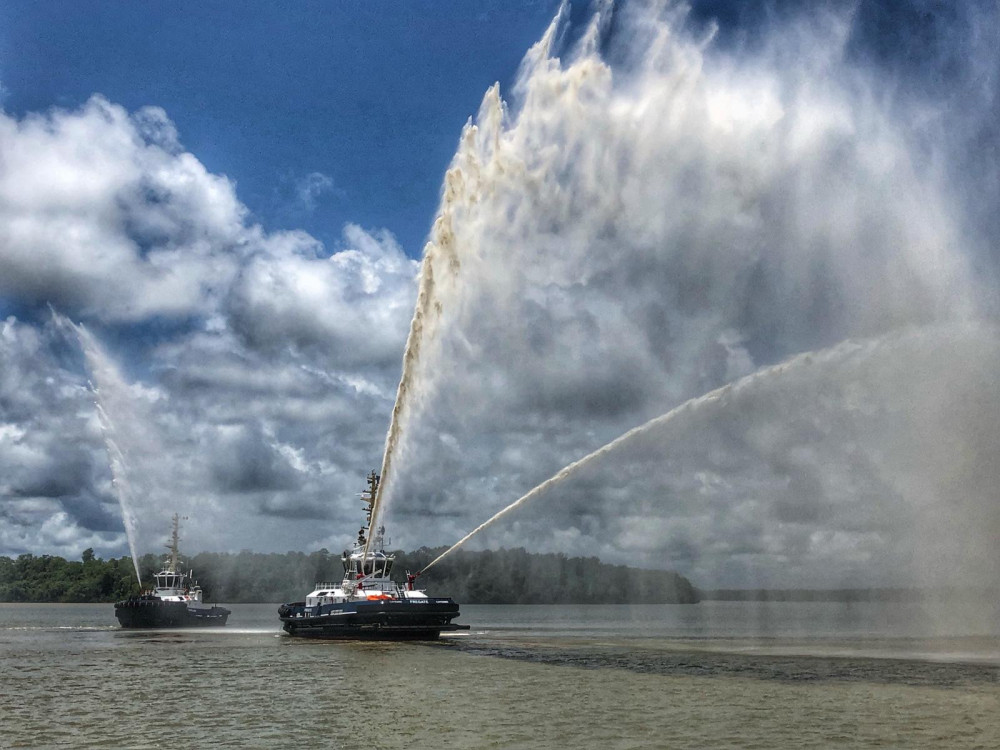 Dredging work in the ports of Terneuzen