Dredging underneath and near the RDM ship-lift, Rotterdam

In view of plans to recommission the ship lift on the RDM yard, the access channel to the ship lift needed to be dredged. This work involved dredging underneath the lifting platform, the open portion of the ship lift, and the areas in between and behind the guiding system at the mouth of the entrance.

This kind of dredging required a specialised dredging technique. Apart from the limited width of the ship lift entrance, height was the main limiting factor to be reckoned with. Depending on the tide, there was no or hardly any space for manoeuvring between the underside of the lift platform and the waterline. The dredging area was enclosed by quay structures and the lift platform. These objects were exposed to the risk of damage as a result of dredging operations. Due to the poor accessibility of the area underneath the lift platform and near the quay it was decided to commit divers to the dredging operation.

We carried out a diving inspection underneath the lift platform prior to commencing dredging. This inspection afforded us insight into the density of the consolidated silt as well as an accurate picture of the situation below the platform. Based on these findings, we came to the conclusion that a dredge pump fitted with a suction hose would generate sufficient power for dredging away the consolidated silt. This pump assembly was hung from pontoons.

In earlier projects we had worked successfully with DUC-Diving on Urk (Netherlands). This company also supported us in the subject specialised work. The divers were able to access all locations such as sheetpile casings and to simply dredge to the required level without damaging the quay.

The use of a silt pump would have generated a higher delivery rate, with a larger volume of dredging material to be transported and dumped. In the technique used here, the silt was not pumped directly into hopper barges but into a temporary underwater depot. This way the dredged material was allowed time to consolidate, which ultimately resulted in a lower delivery rate (approx. 30%). The properties of the silt were such that it settled fairly quickly (in less than two hours).

The consolidated material could be removed from the temporary underwater depot with the aid of a crane vessel and transported to the Slufter depot. 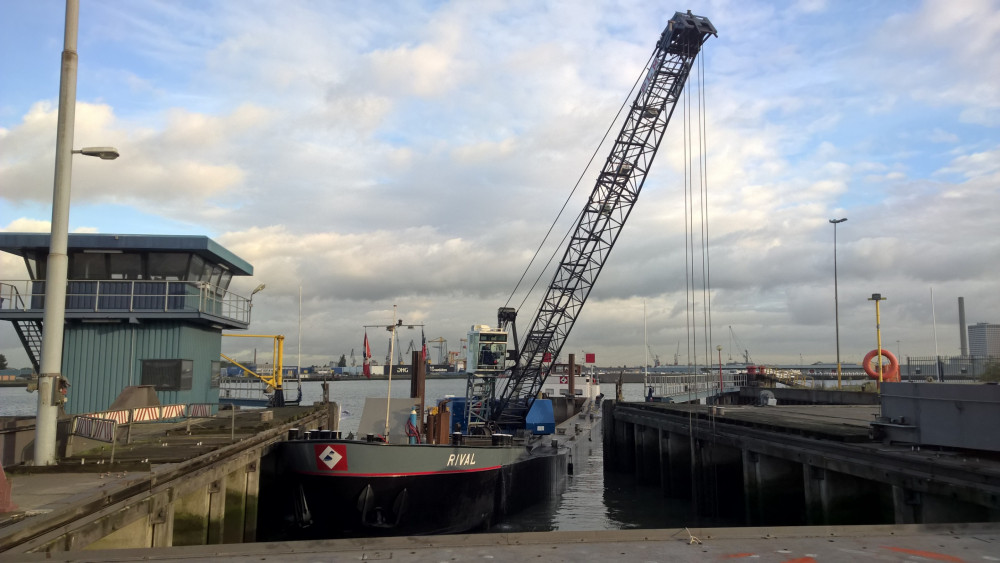 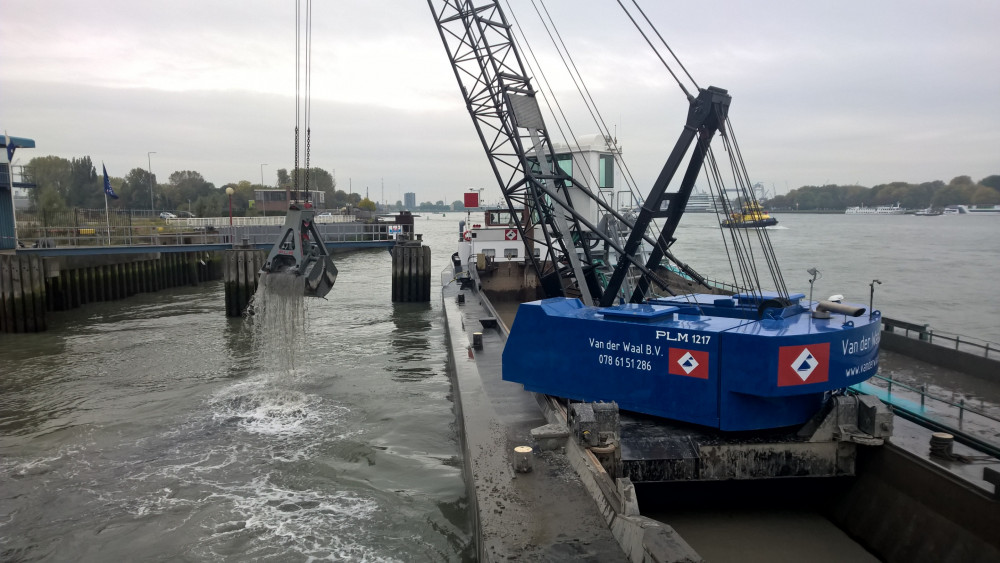 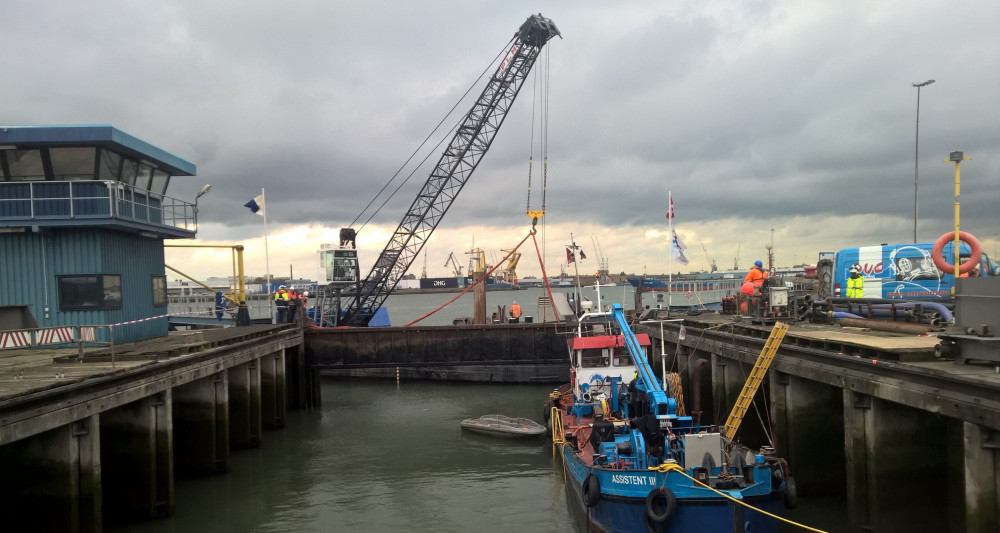 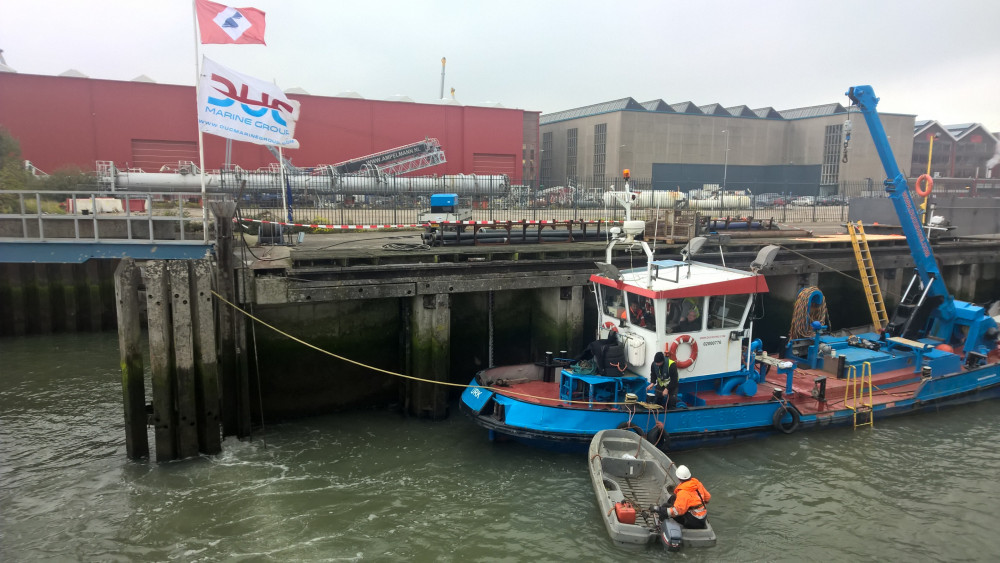 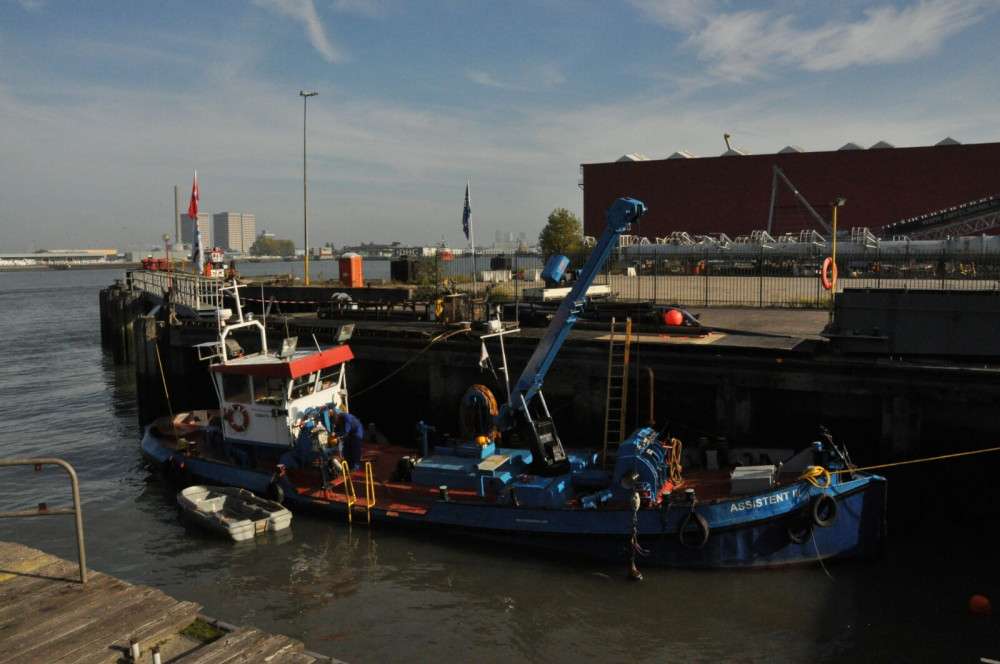 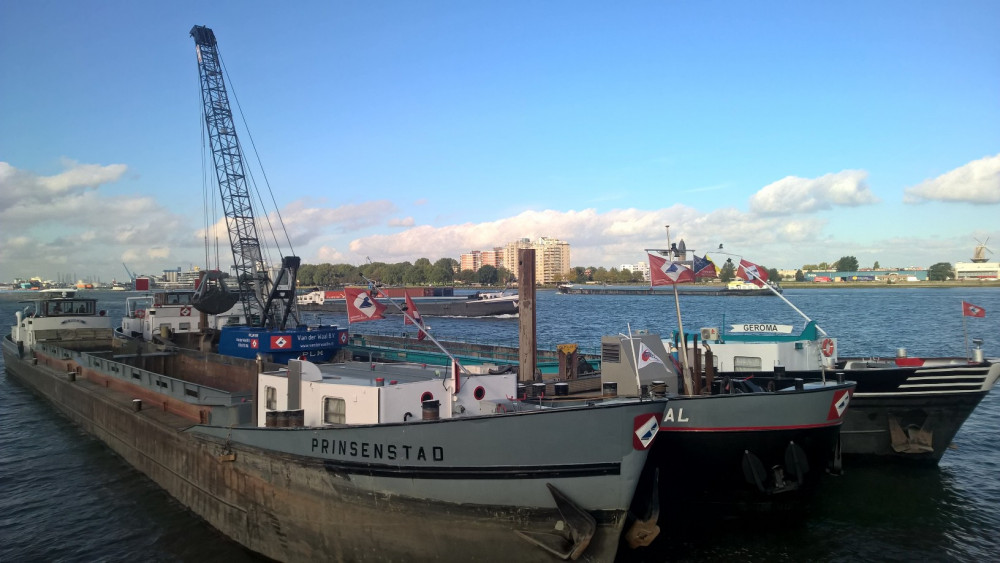 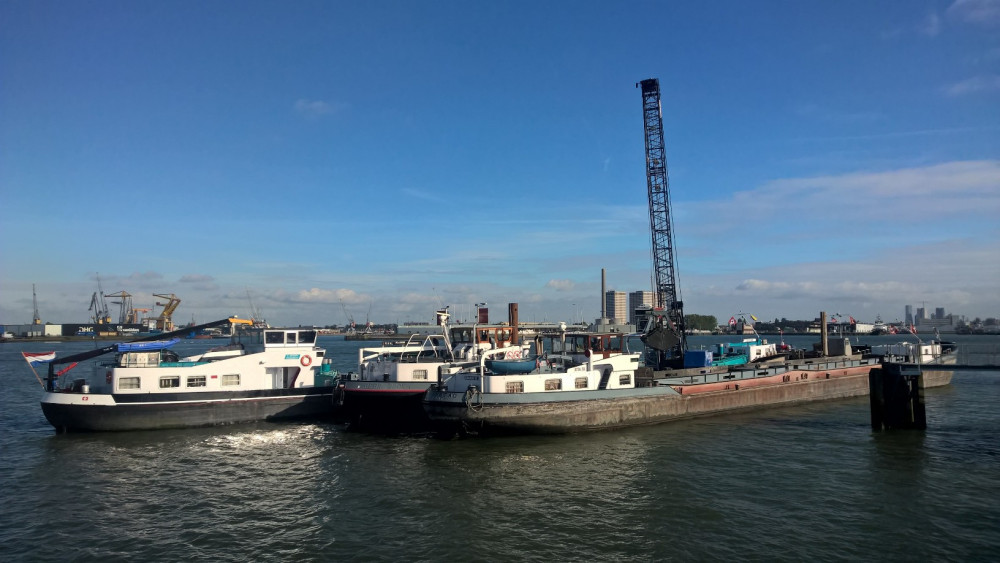 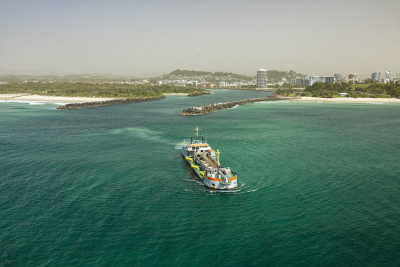 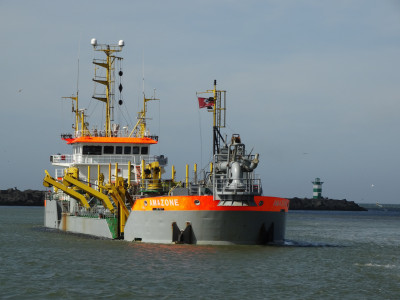 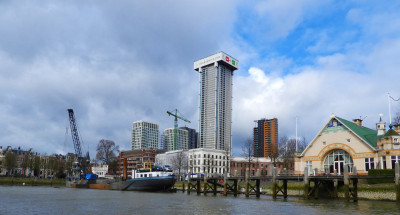